The Campaign for Nuclear Disarmament (CND) was founded in the late 1950s by Bertrand Russell and J.B Priestly. While the initial group was formed by establishment intellectuals, the CND rapidly morphed into a cross-class movement. After Britain exploded its first megaton hydrogen bomb on Christmas Island in 1957, anti-nuclear groups gained hundreds and thousands of new members.

As a young teen, Stuart became involved in the anti-nuclear Committee of 100. A split from the ‘celebrity-and-politician dominated’ CND, the Committee of 100 mobilised against nuclear armament and militarism with direct action. This collection includes bits of ephemera and leaflets handed out on anti-nuclear demonstrations by the CND and C100. Also included in this collection is the original 'Spies for Peace' mimeograph which was handed out on the 1963 Aldermaston March. 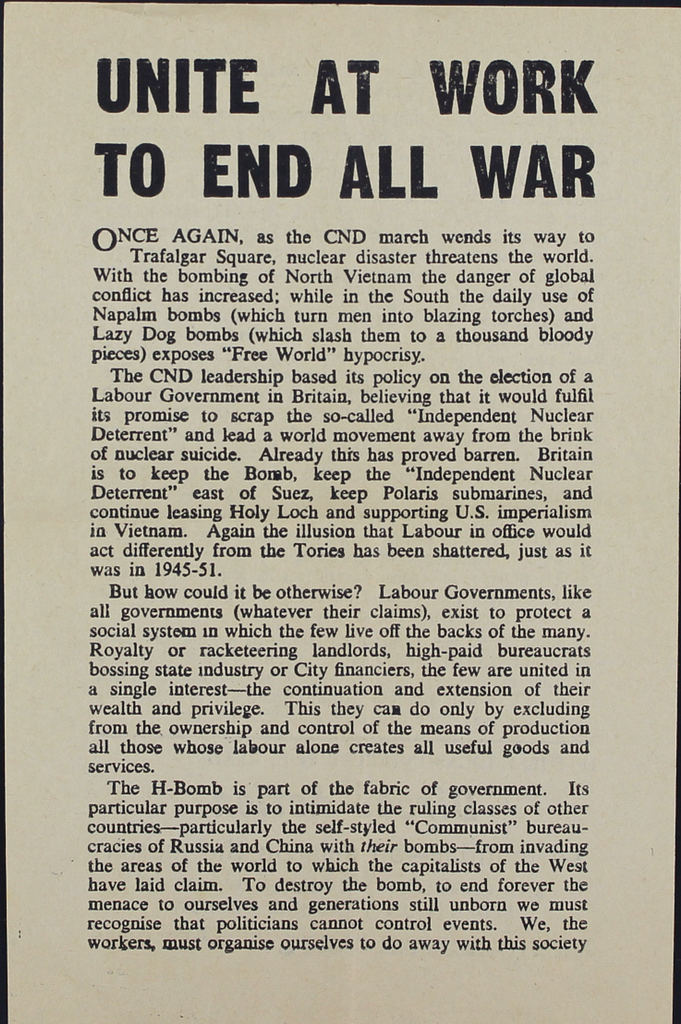 'UNITE AT WORK TO END ALL WAR', CND 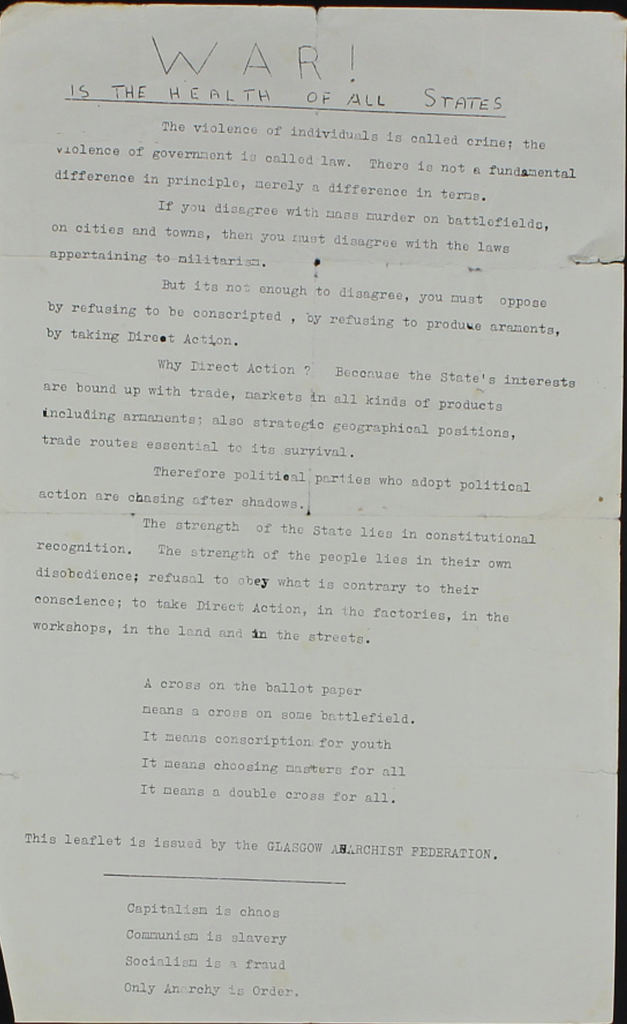 'WAR! IS THE HEALTH OF ALL STATES', Glasgow Anarchist Federation 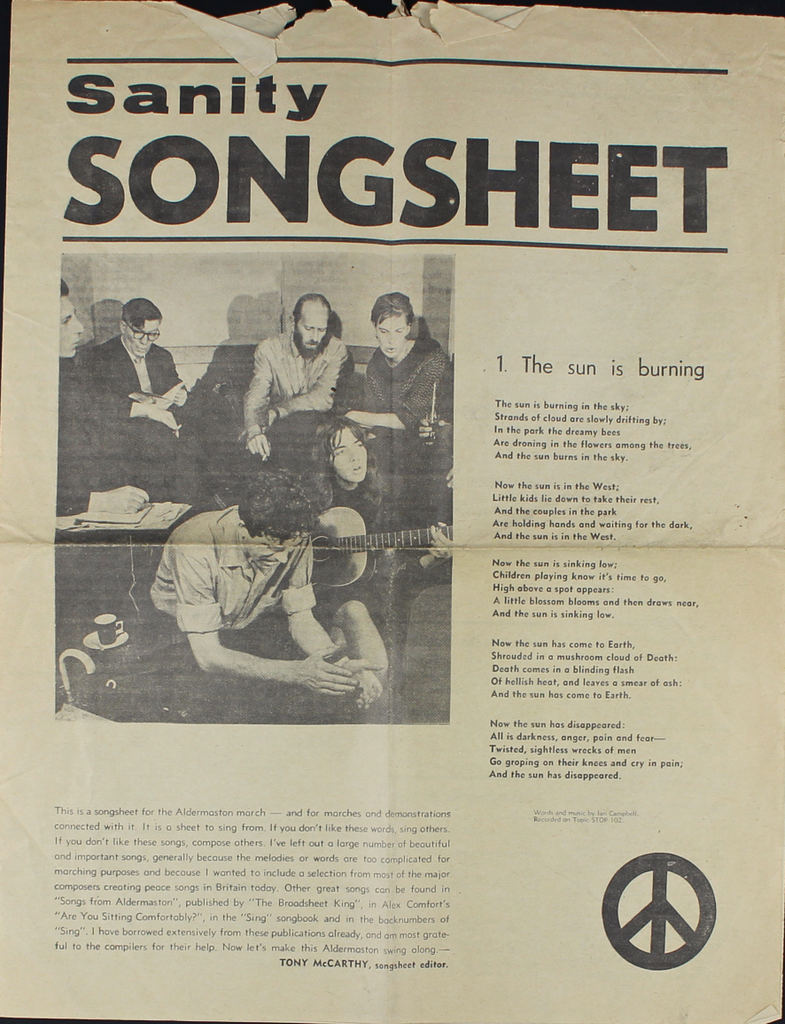 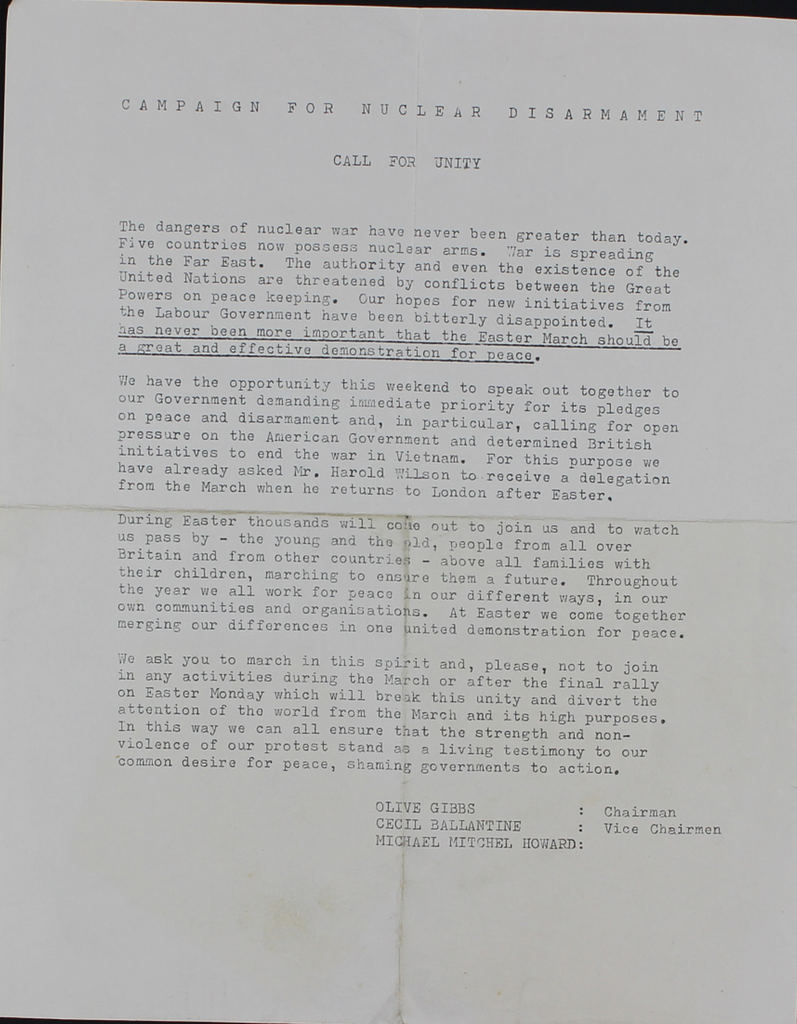 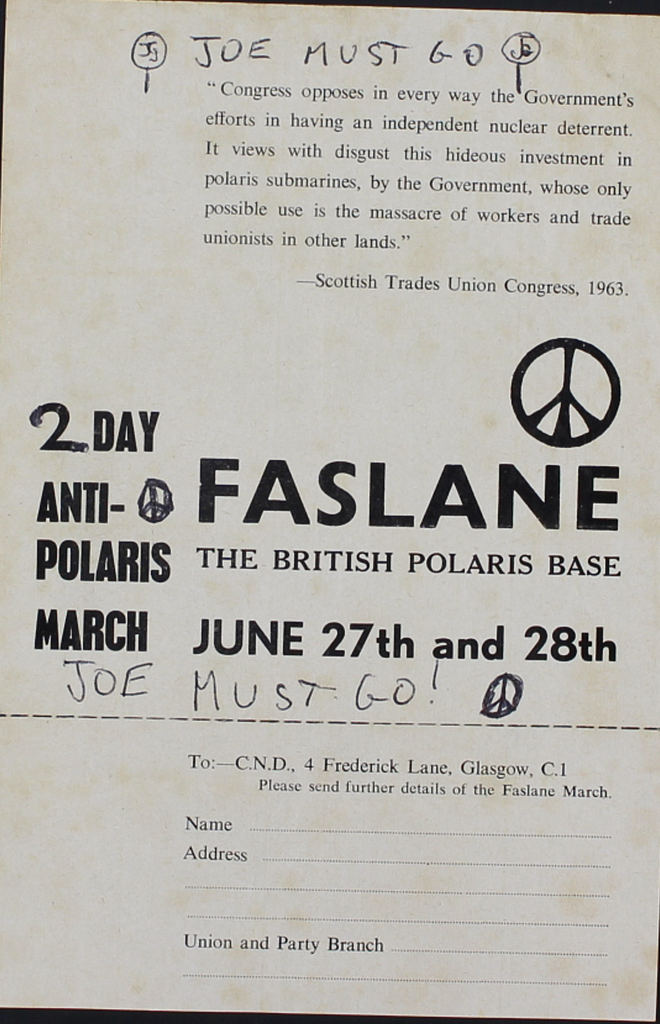 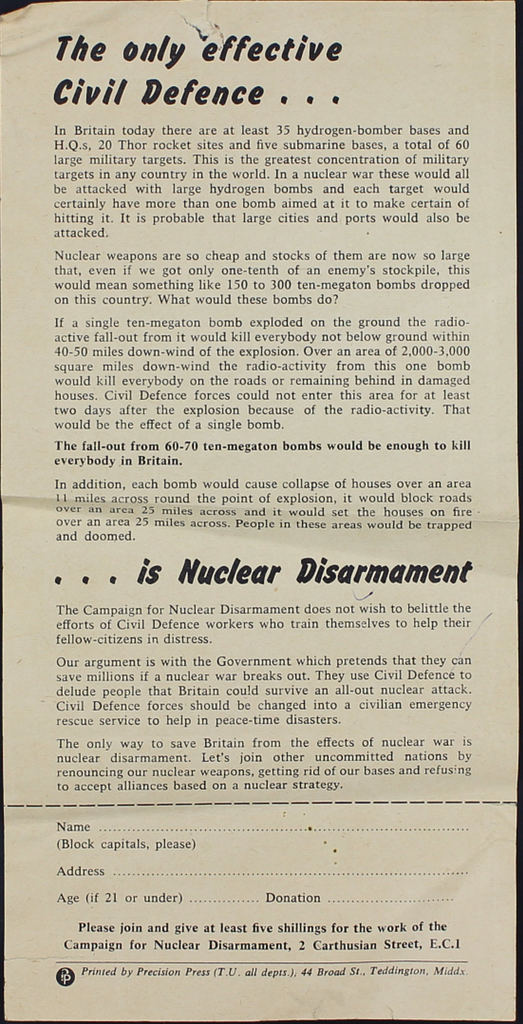 'The only civil defense is... nuclear disarmament', CND 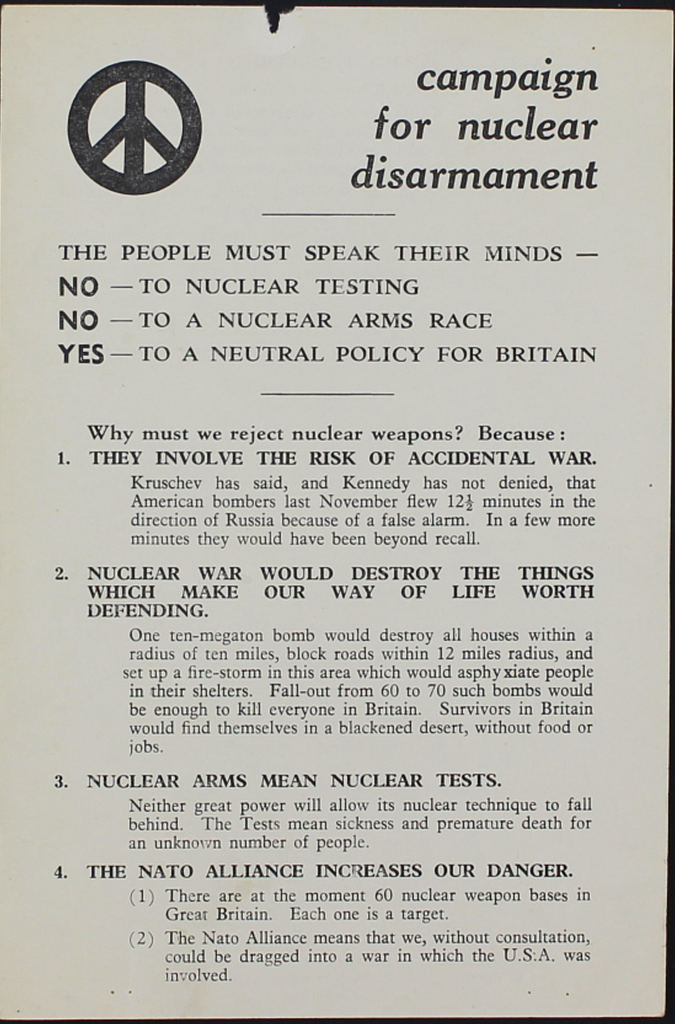 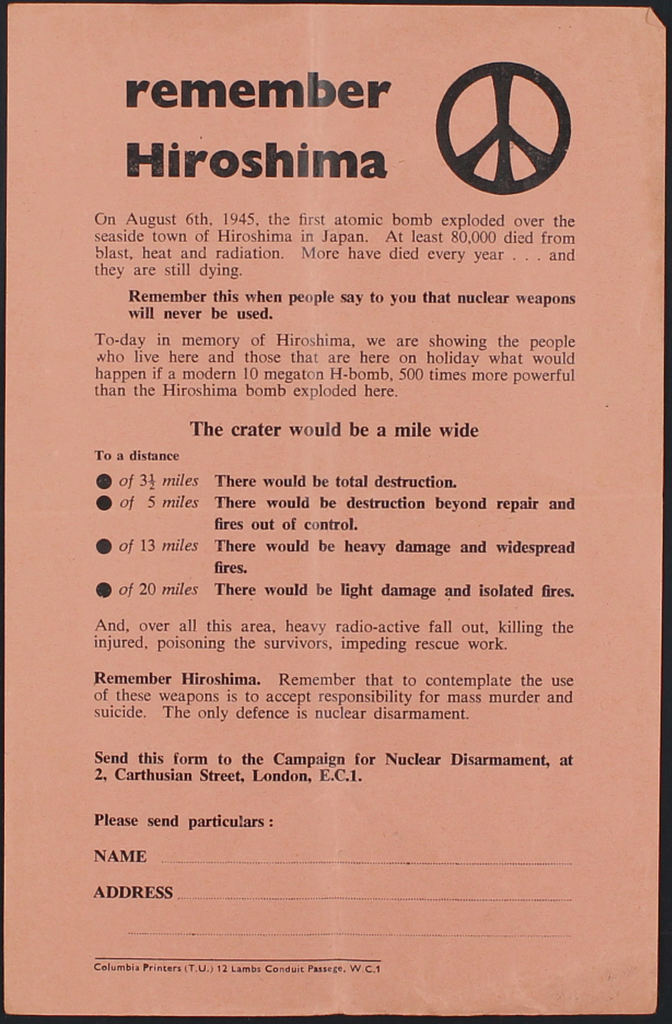 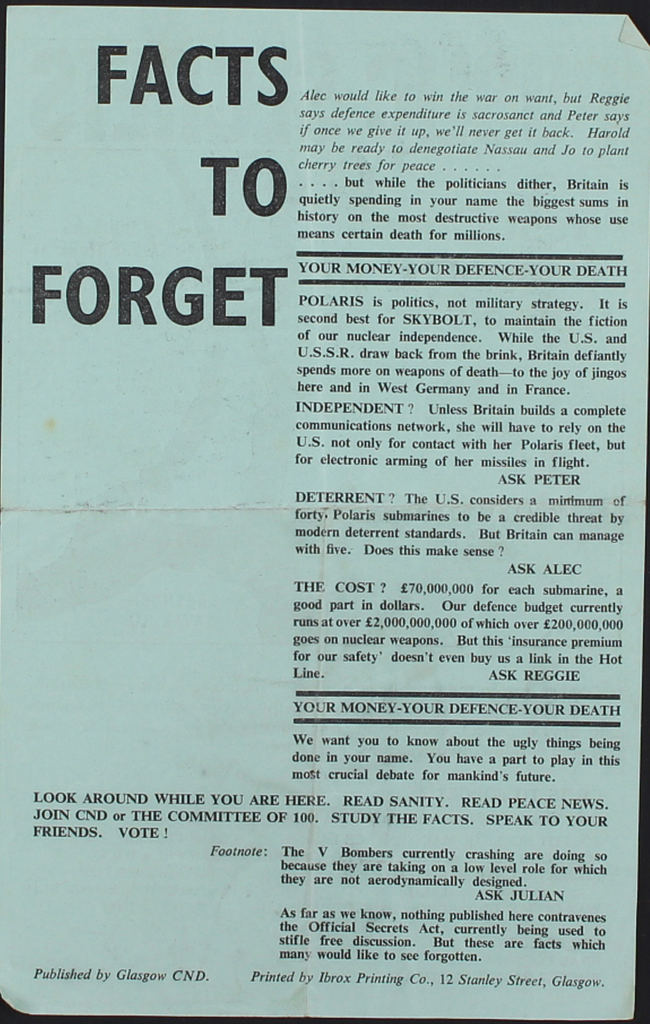 'SOMEBODY WAS LYING', CND 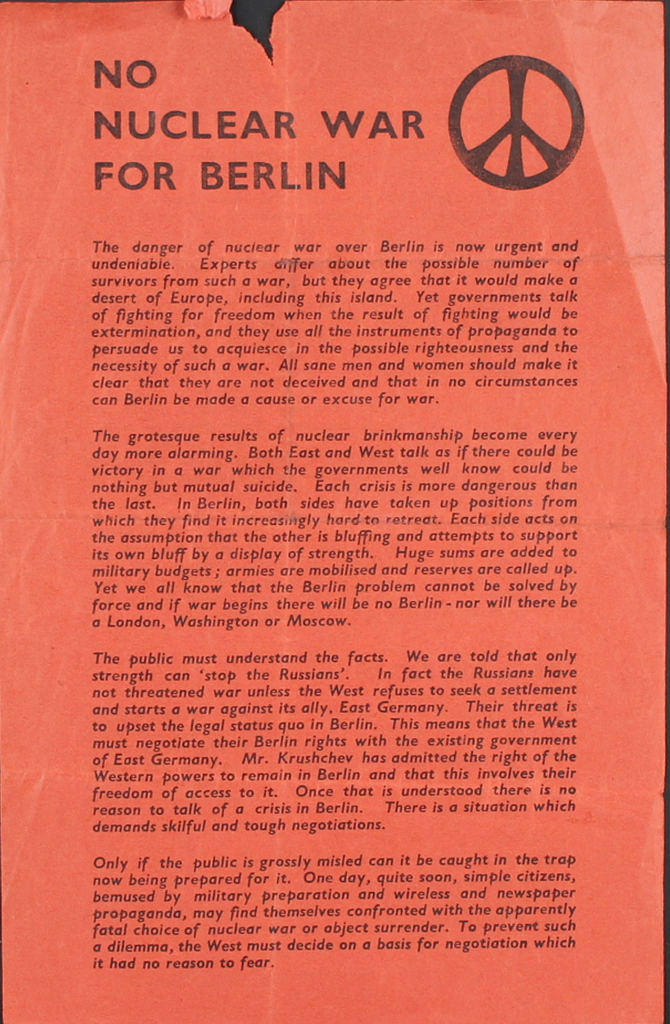 'NO NUCLEAR WAR FOR BERLIN', CND 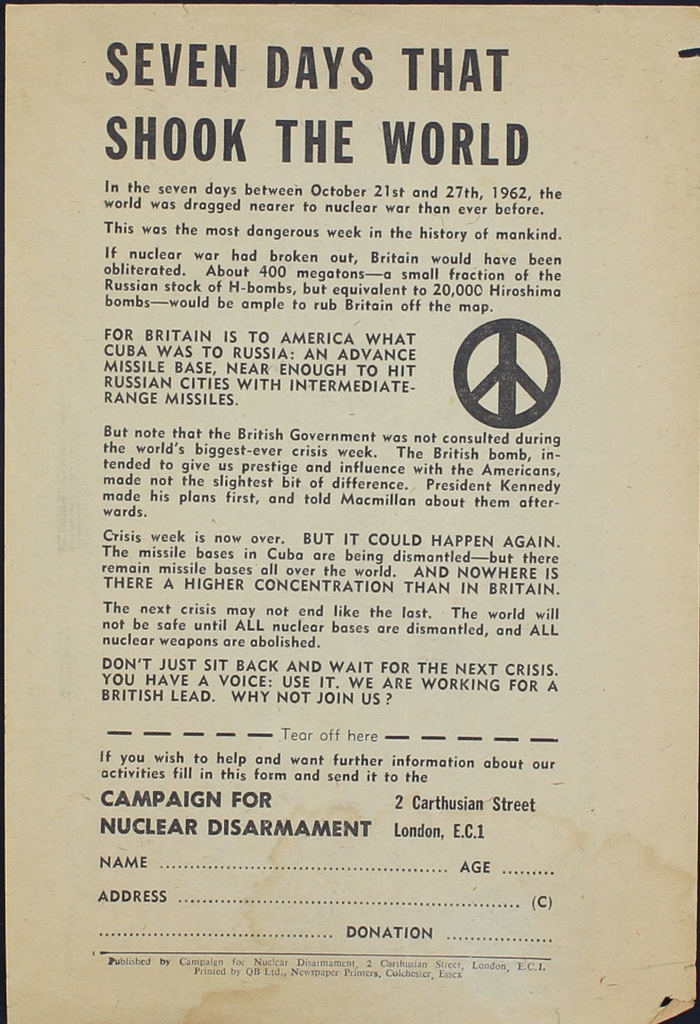 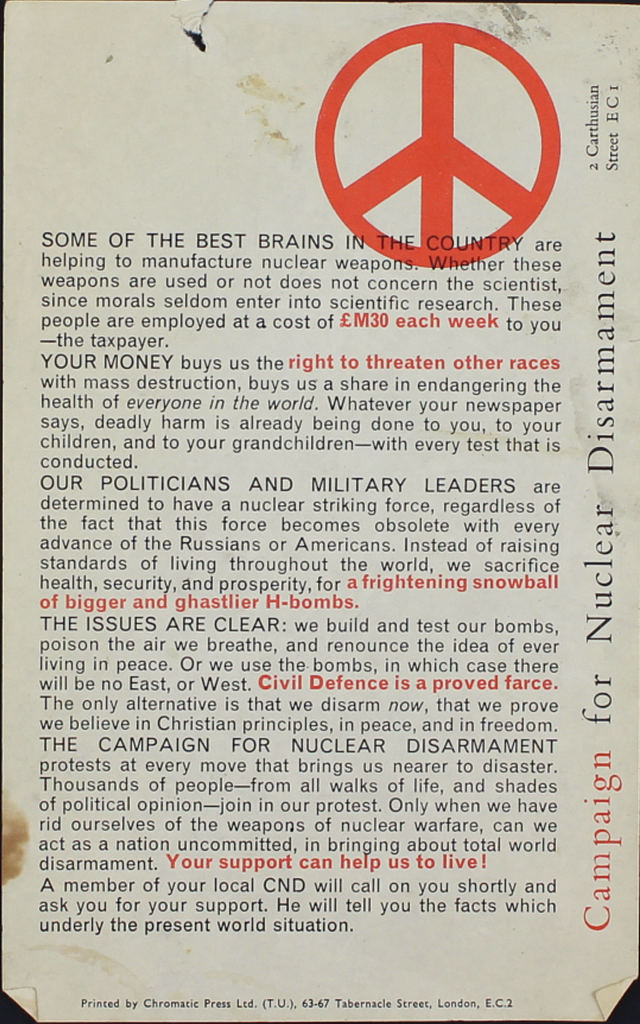 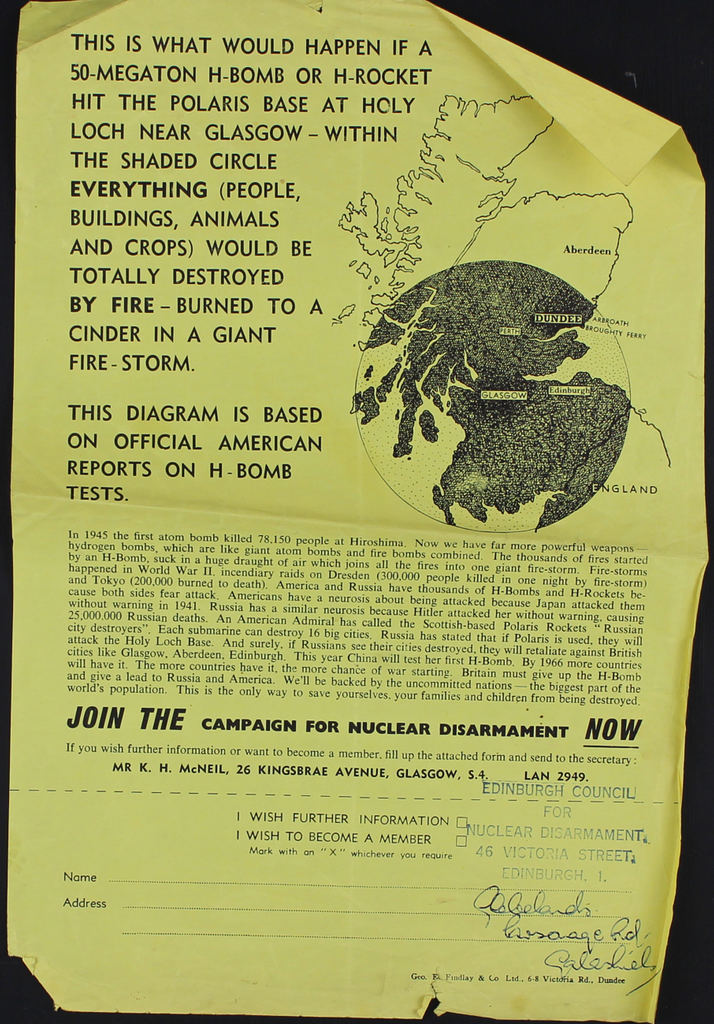 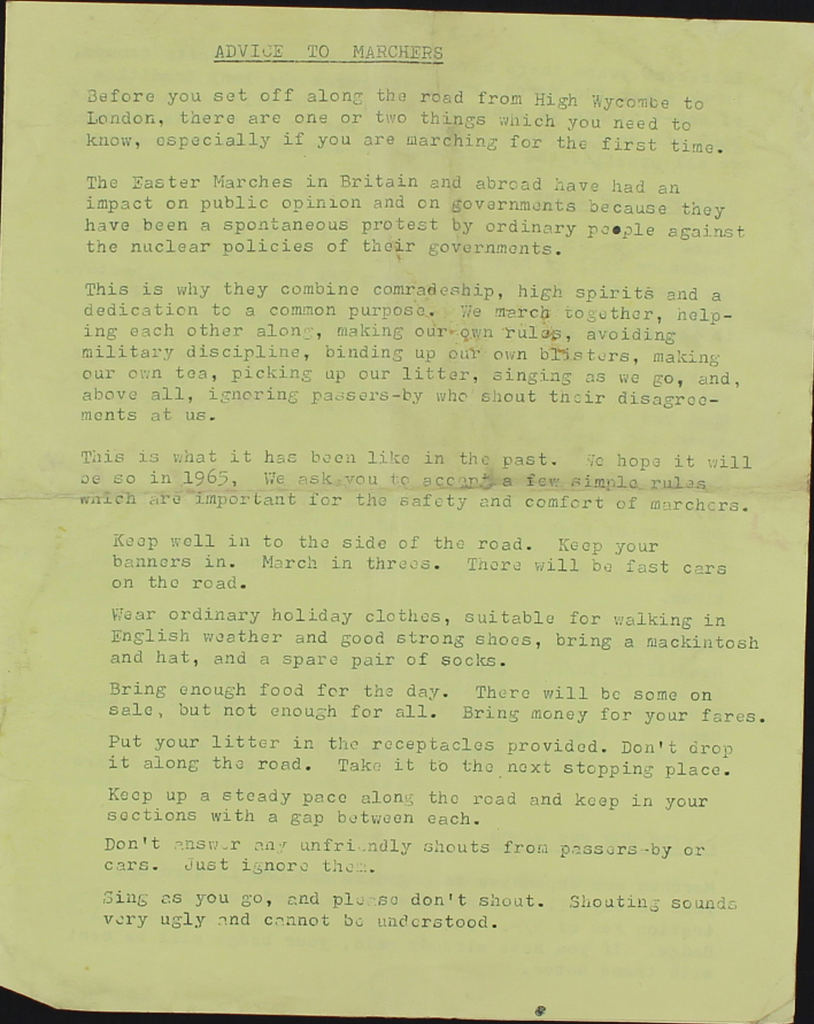 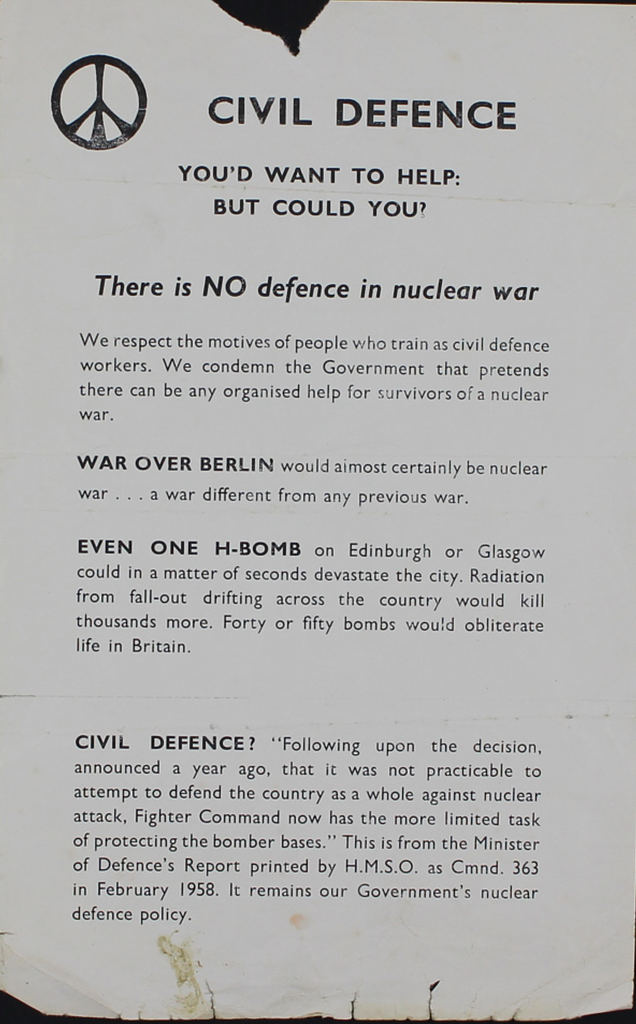 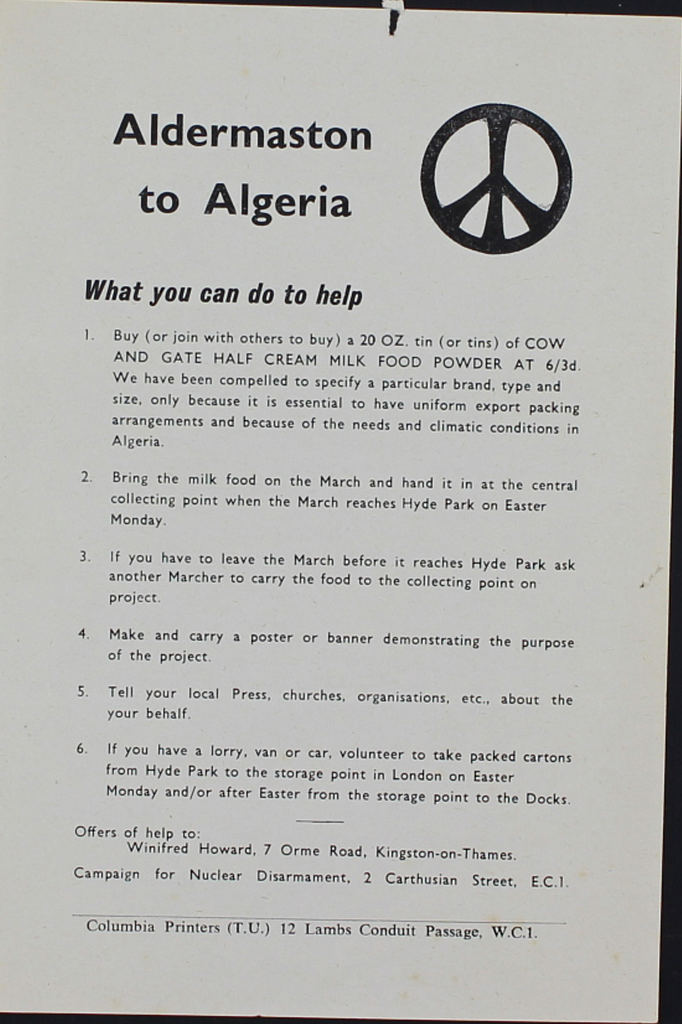 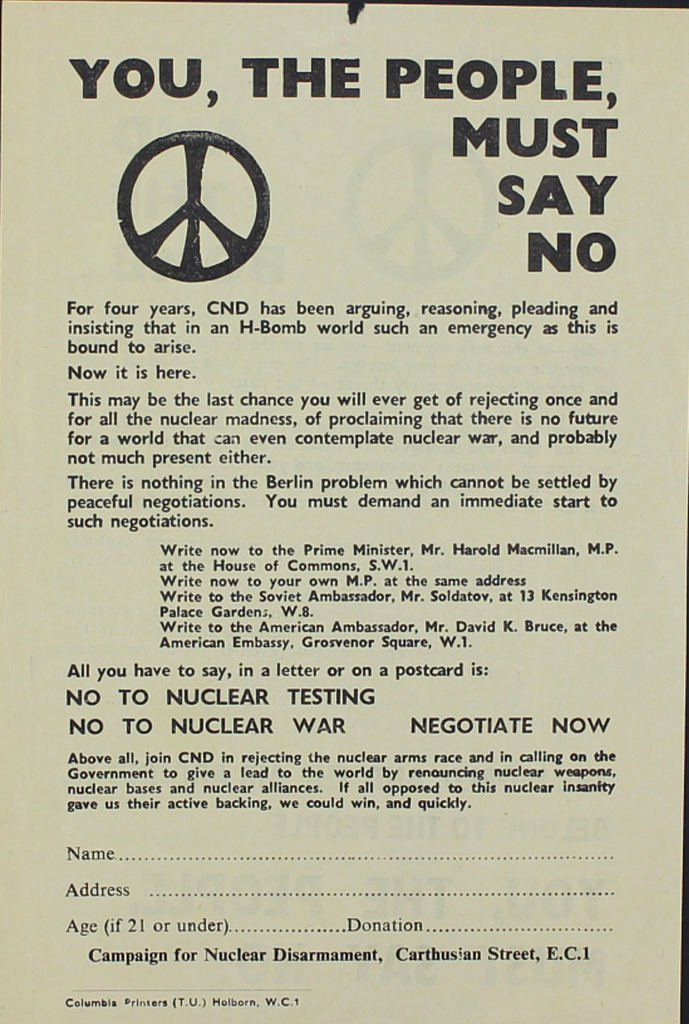 'You ,the people, must say no' CND leaflet 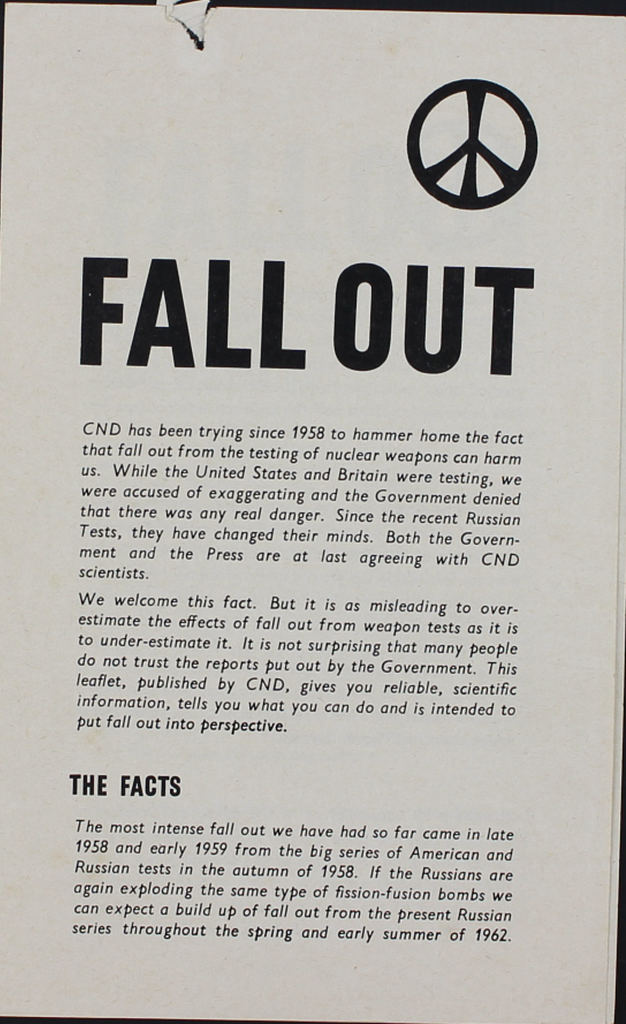 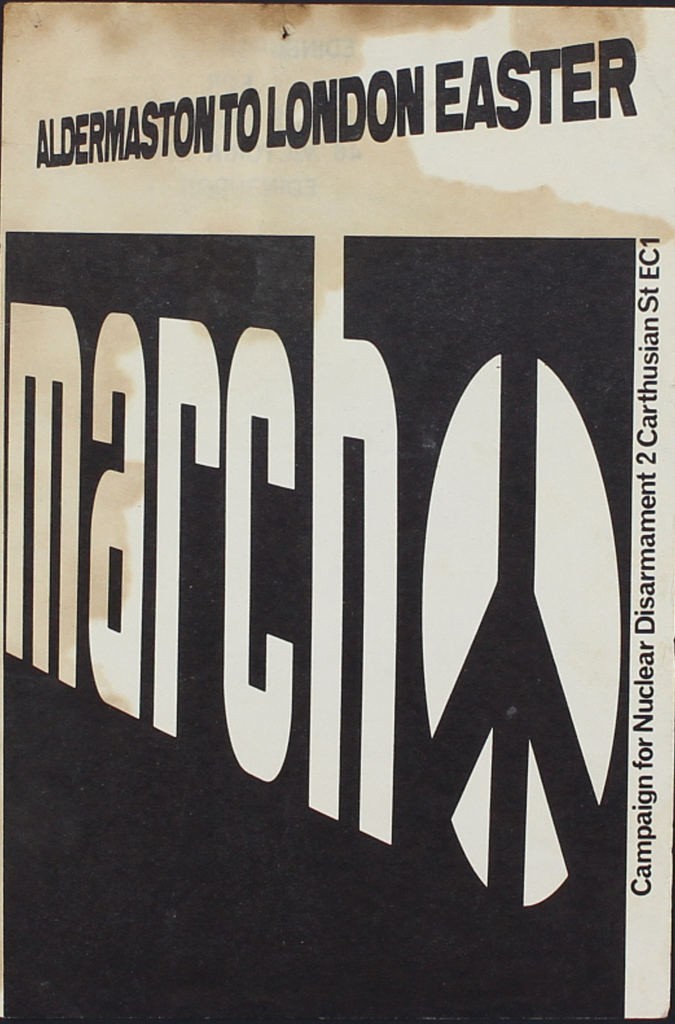 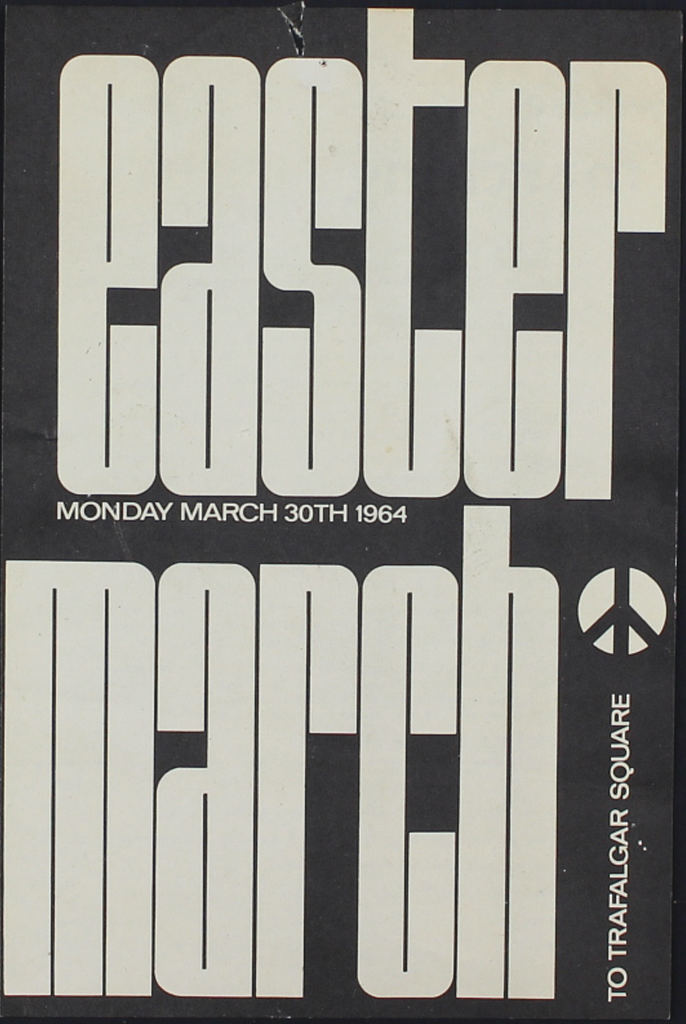 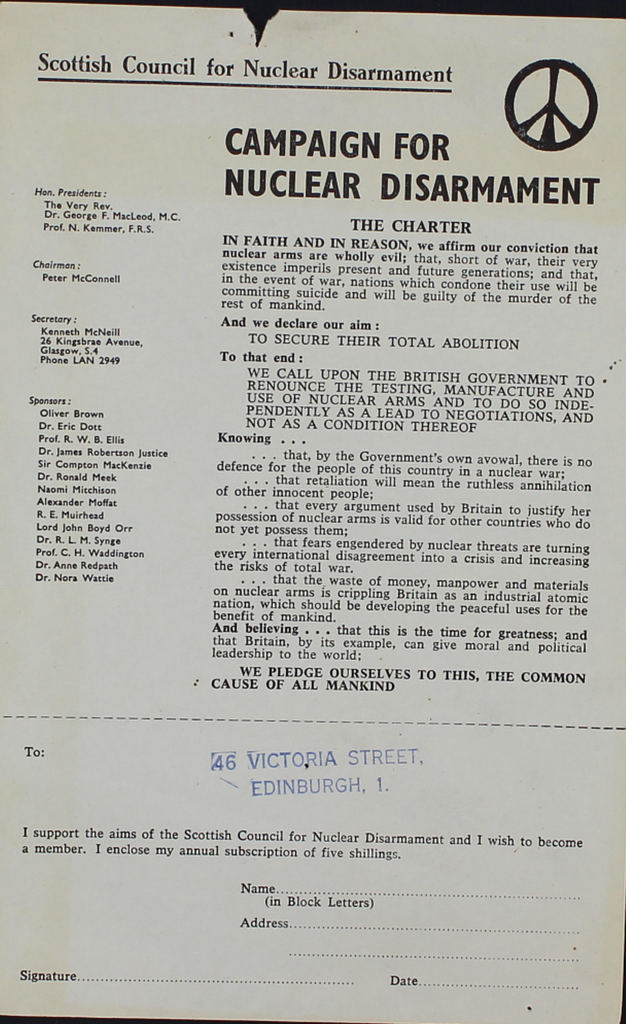 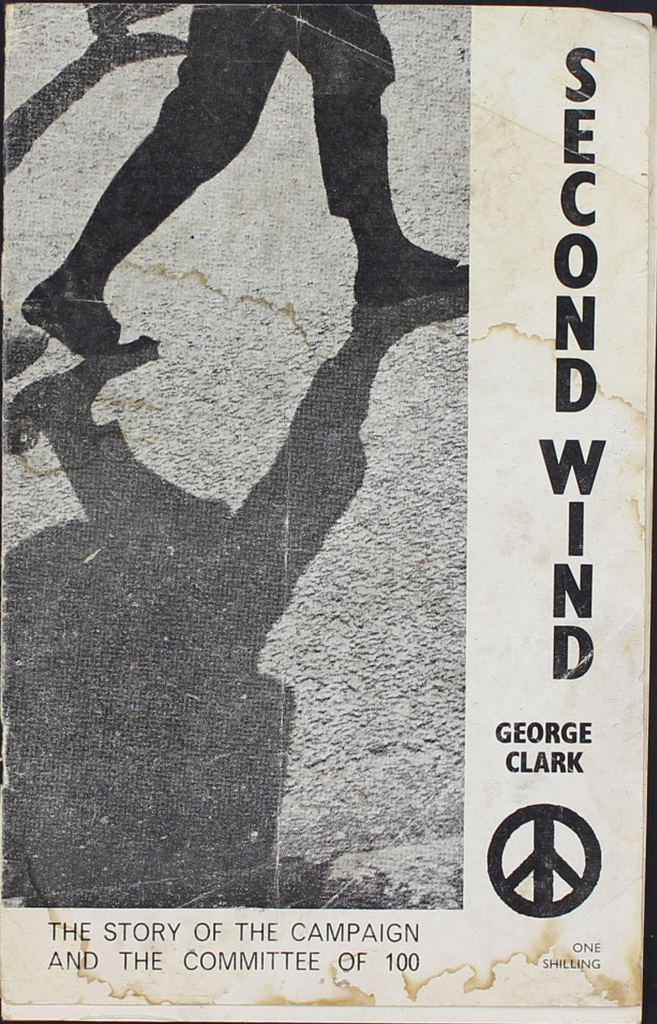 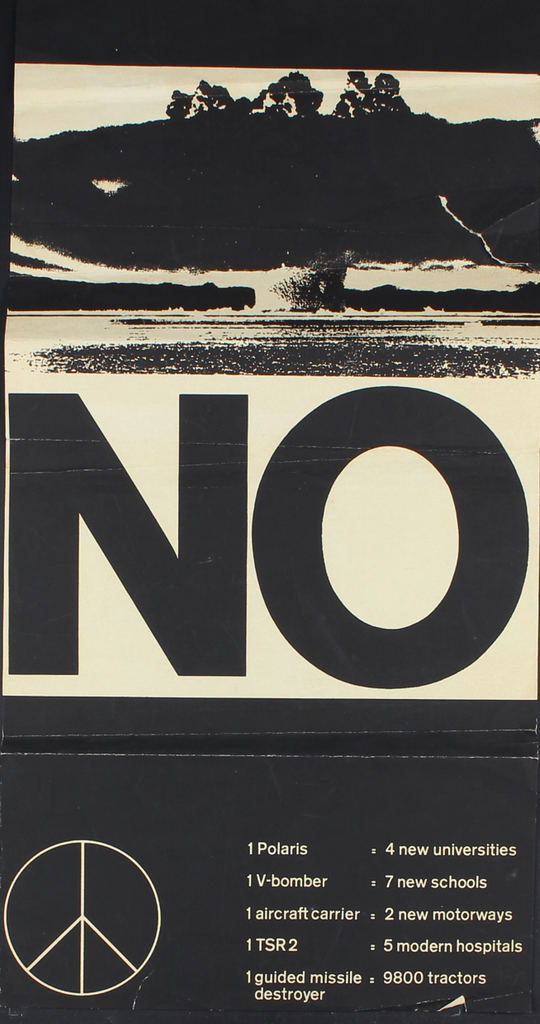 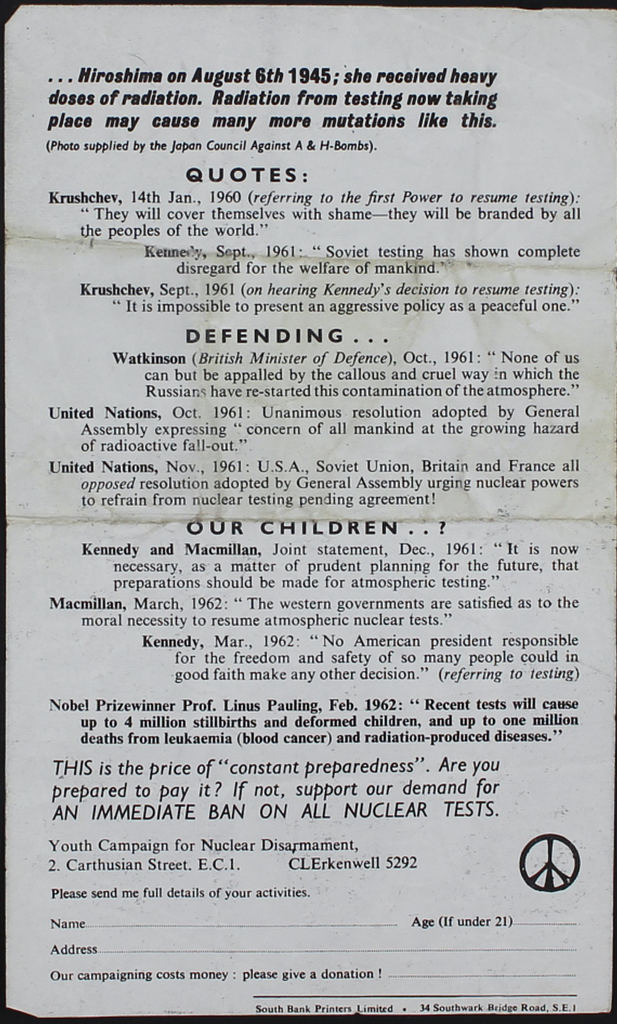